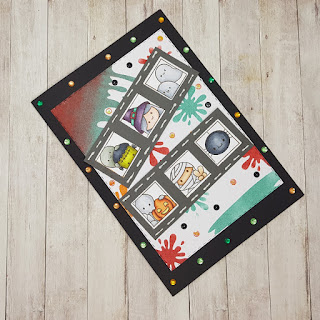 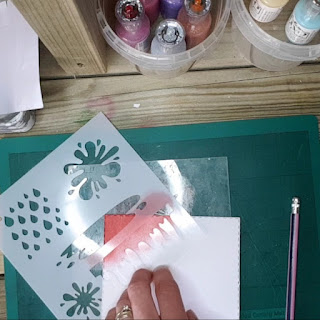 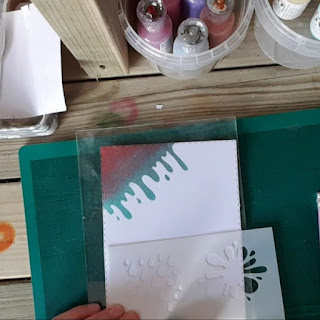 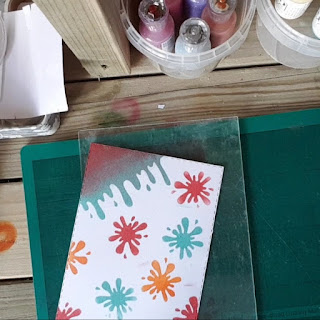 A piece of grey card was cut into a strip and using a small square nesting die I cut holes to make it resemble an old film strip. The images were then glued onto the back of these 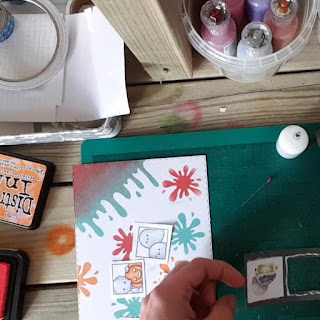 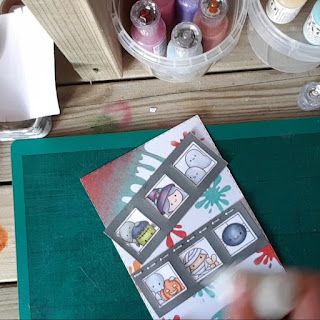 Black and orange sequins were scattered about 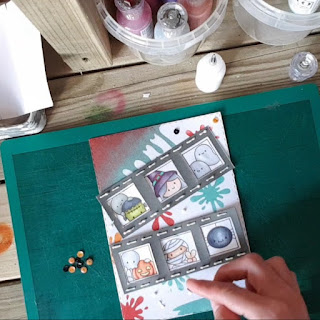 A piece of A4 black card was scored, burnished and folded straight down the middle 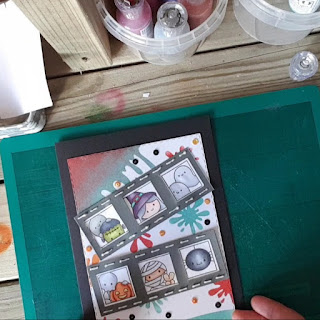 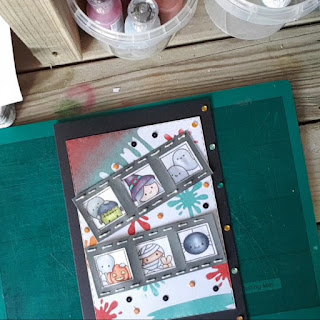 Stick on gems were then used to decorate the black edges
Thank you for reading
Happy Crafting
Claire xx
- October 08, 2020
Email ThisBlogThis!Share to TwitterShare to FacebookShare to Pinterest