I coloured these adorable little things up while we were away at October half term. I assumed they had accidentally been left behind and was going to reprint them but they turned up.in Jack's exam revision. Which I am very pleased about as they are just too cute and need a care of their own 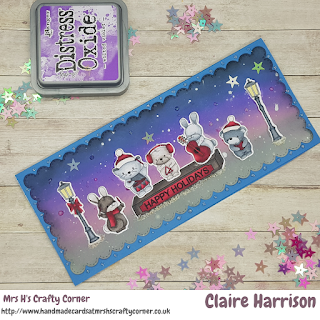 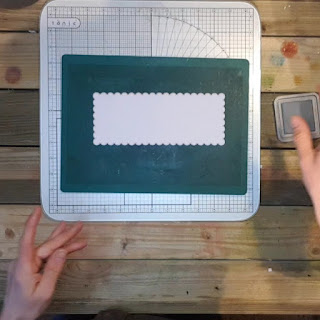 This was blended with the distress oxides 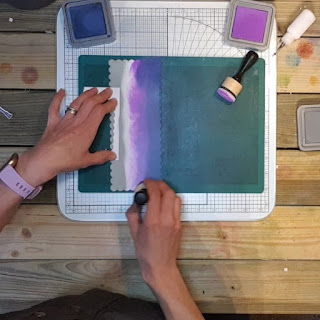 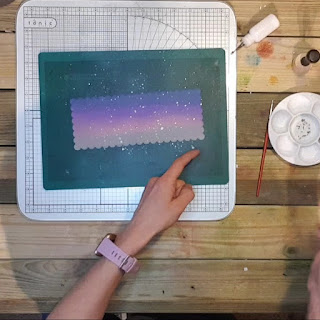 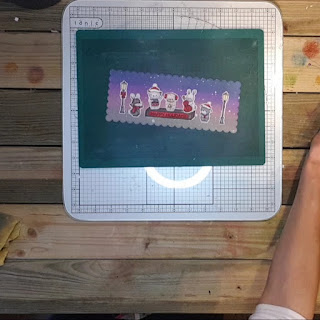 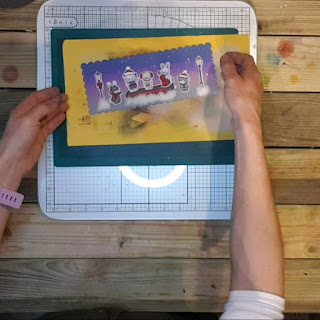 The excess was shaken of sequin stars added 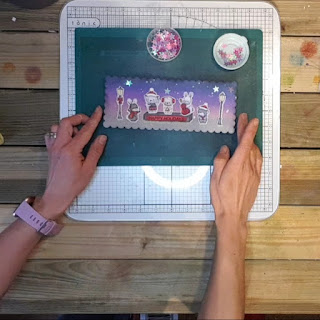 Before the panel was adhered onto a slimline card base 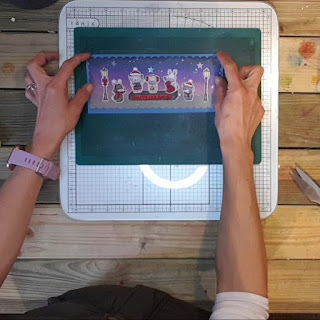 Nuvo drops were then added around the edges of the scallops 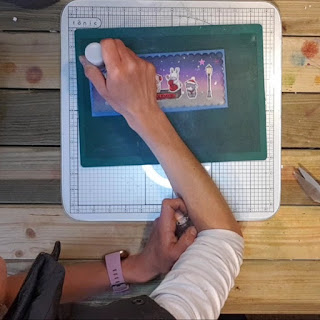